John Coker formally announced today his candidacy for the Northampton County Board of Supervisors to represent District 1.

Mr. Coker is a retired financial services executive, with over thirty years of experience in operations, technology, and financial management with major companies including Fidelity Investments and Mellon Bank. Prior to his career in financial services John taught mathematics and computer science at the college level. He has a Bachelor’s and a Master’s degree from Emory University, both in Mathematics. 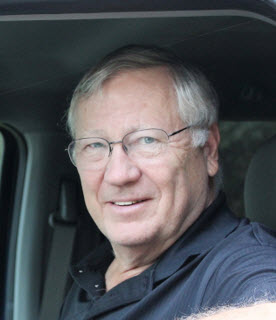 Coker’s financial background has already contributed to the Northampton community. In 2014 he served on the Ad Hoc Tax Study Committee which generated a report detailing strategies for enhancing and assuring fairness for the county’s tax structure. He currently serves as a Board member and Treasurer of the Northampton Medical Services Foundation, which works to assure that medical and emergency services remain available to the citizens of the county.

John looks forward to working hard to supporting the many businesses in Cape Charles and the County to help them to grow and become more and more successful. He also intends to make himself accessible and available to assist any new businesses interested in starting up in our towns and/or county. New business in the County is great as long as it does not destroy our natural resources or hurt property values.

Coker says he is ready to start working on the financial challenges of building a new High School and the delivery of Broadband to the thousands in the County that currently have less than adequate internet service. He fully expects to do all of this without any large tax increases.

John and his wife Martina have been part of the Northampton community since 1998; he has two daughters and four grandchildren who love visiting the Shore. He enjoys fishing, kayaking in local waters, golfing, playing his guitar, and attending the community events in Cape Charles and throughout the County.