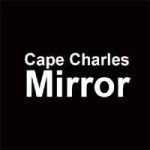 When I considered transitioning from government employ to the private sector as a retail merchant over 15 years ago, I sought mentoring from small business folks who had much more experience than I in retail trade. After interviewing a number of these local legends in rural upstate New York, my notebook highlighted the “do’s and don’ts” associated with achieving success in this often shortlived occupation, and the pages were replete with a full description of the minefields could prove fatal to a profitable trade. Page one in the “do” column contained bold directives including the golden rule of treating your customers with respect, compassion, and fairness. Following close on those heels was to keep your overhead low and try never to be “undersold”. And on that same page, and sharing the top of the list, (and relevant to the topic of this letter) is to never engage your customers in debate or argument over religion or partisan politics. After all, they warned, taking one side or the other in either of these topics will alienate certain prospective customers who do not share your politics or faith, and it is the commercial equivalent of shooting yourself in the proverbial foot. So true to that course, the thoughts I share with your readers today take no position on what either political party is advocating nor does it defend or oppose any one candidate or political party. It is just a simple dissertation on the difference between the historic role of government versus the laudable role of business and commerce. As a footnote, much as I sought counsel from established merchants years ago, a decade earlier I had to seek counsel from elected officials when they tapped me to lead environmental management services in our large upstate county in NY. After all, I was a mechanic in a steel mill and really knew little about the inner workings of county government…and I had to learn fast.

So I chose the oldest, wisest, and most respected legislator in the chambers, Vice Chairman Ed Swartz (now deceased) and asked him for a few hours of his time before I was officially confirmed by the legislature.

Again, out came the notebook. Number one, he lectured, was to never ask a question unless I knew the answer first. He told me that HE would be asking me many questions about the management of our county natural resources and other issues during my tenure, and cautioned me to be very careful before sharing a response! Finally, quoting Lincoln, he enlightened that government’s primary role is to “do for the people what they cannot do for themselves” and that business and government are two entirely different animals and the two are not to be confused.

Government he expounded, performs the services for the people that business can not, because the performance of those services are not profitable. The list he shared included: the protection of our food, water, air and environmental overall health (like the CDC); the safety of our bridges, roads, and transportation, including airline safety (NSA); energy supply and infrastructure; education; health care and support services; sewer and water facilities; emergency response and management (including the Coast Guard); low income housing; oversight of our social safety nets such as building safety, medicare, medicaid, special needs education, food stamps,….and on and on.

Vice Chairman Swartz reasoned that government’s overall concept is that people who are able pay their taxes deposit their societal contributions into what is basically a large financial cauldron. Then the citizenry of voting age elects leaders to (hopefully) spend that money responsibly on the things that businesses could never sustain, knitting together the social fabric that supports our representative Republic in a sustainable manner.

Business is the matter of commerce that generates profits, and rather than being “for the people, by the people” is more akin to “by the corporations for the CEO’s, business owners, and the shareholders”. Both are necessary, and the historic role of business and commerce not only enrichens the investors, but at the same time is designed to fatten the cauldron’s coffers, in an ideal world.

As anyone following the news lately can see, there seems to be a blurring of the role of government and business on the federal level, and perhaps there is a swing to that pendulum that could be beneficial to both worlds. But we must keep in mind that business is not government, and government is not big business. And losing that perception may result in a loss far greater than we might have thought when advocating for the change that now seems to be underway.