Maggie Walker and Nandua played on Friday in Richmond. Nandua was ahead much of the game, but Maggie came back – Daniel Opstelten scored a three pointer, and shortly thereafter, two free throws with 7 seconds to go, for a final score of 43 – 42 for Maggie. Daniel is the captain of the Maggie team.

The reason this is a great story, is that Daniel learned to play basketball on the courts of Old School Cape Charles. 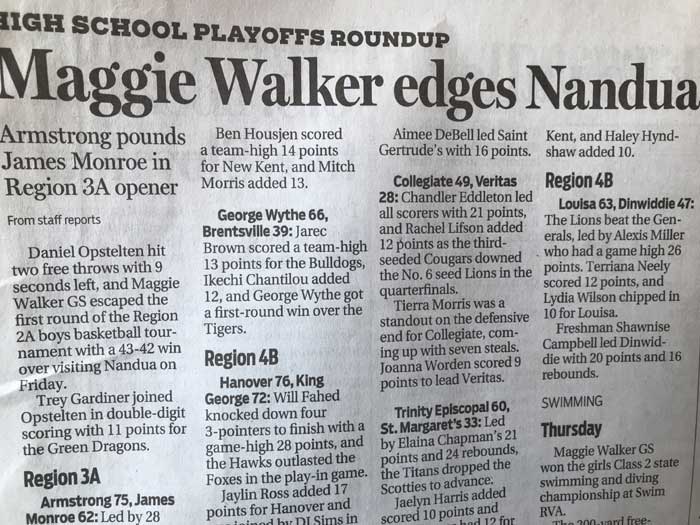 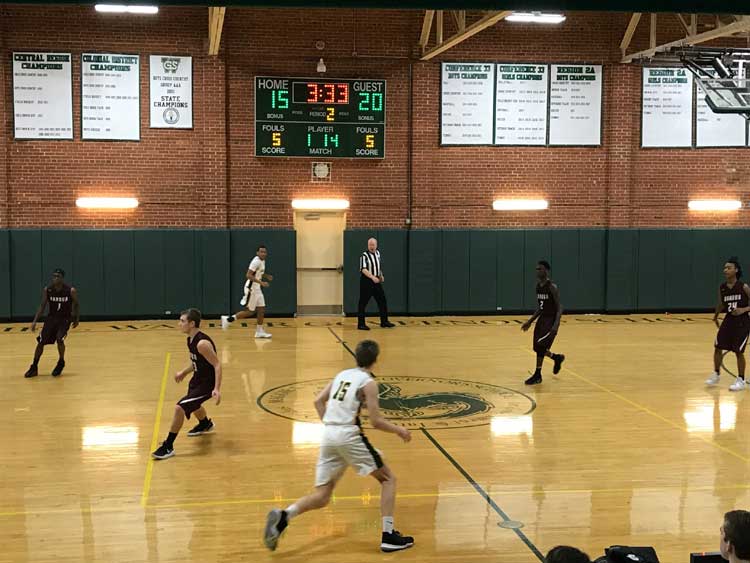 When the Planning Commission approved the rezoning of park property for an apartment house, it stipulated that the basketball court be replaced. The basketball backboards and nets were removed December 26, 2012, for “safekeeping,” and nothing more was done other than a brief effort by Shanty owner John Dempster to spearhead civic involvement in building a new court. Town Councilman Steve Bennett later reported that according to a survey he conducted, only 12 percent of town residents were in favor of a basketball court. (Wave photo)