The Harvey Building and Miss Kitty have found a new home in Cape Charles Harbor. This Monday, the Harbor District Review Board approved an application for the structures to be placed on lot 19 and 20 at the east end of the harbor. After being moved from Oyster and Cheriton, Southport investors have decided on an adaptive re-use of the historic structures as a dockmaster’s station and a marine and dry goods store (overnight accommodations will also be available). Miss Kitty is a 464-square foot, single-story, wood frame building, which will contain a small counter station/office where marina staff would control and schedule boat arrivals and departures. Refreshments and other snacks would also be available to boaters and foot traffic. A new 160-square foot bath\shower house is also planned.

As was noted in the staff report, “the proposed uses conform to the Harbor District zoning ordinance and on-site parking, including a handicapped stall, is shown on the site plan.” The concerns of the board revolved around the addition of handicap access, and whether the concrete abutment near the harbor posed a hazard to the public right of way. Dan Brown, representing Southport Investors for the project noted that what had been submitted was just the first phase, only the architectural renderings, and that most of these issues would incorporated as the project moved through the rest of the permitting process.

An application had previously been submitted to put the Harvey Building on Lot 19. The current application requests to move it to a permanent foundation on Lot 20, noting that the main uses will be retail and overnight accommodation. The applicant also plans to add a deck to the building providing both ramp and stairs access to grade.

As was noted by the board, the folks at Southport should be commended for making the effort to re-establish these buildings in Cape Charles. Adaptive re-use, especially in cases such as this, is one of the most fundamental ways to salvage important aspects of our historical record. It would have been much more cost effective to throw up a new dockmaster shack, so it inspiring to see someone go the extra mile to do something culturally and historically relevant.

Voyage of the Harvey

At Altitude Gallery’s Gordon Campbell beautifully documented moving the Harvey Building from Oyster to Cape Charles Harbor. The following spread is courtesy of Gord0n and At Altitude. 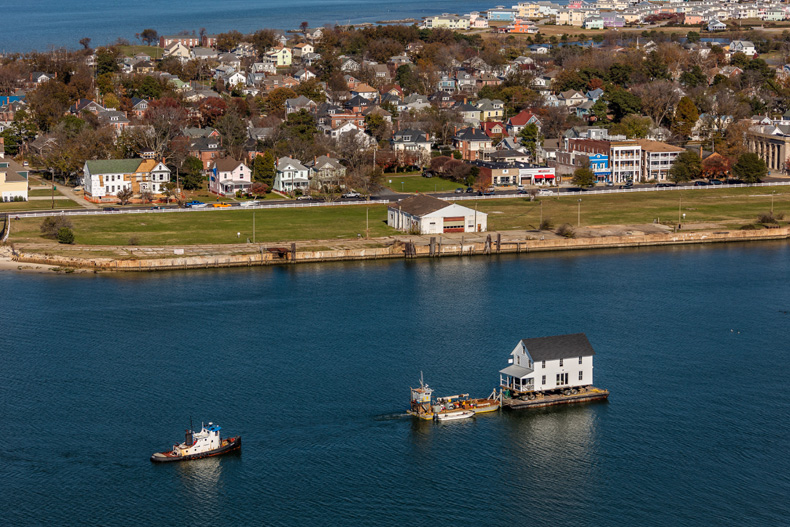 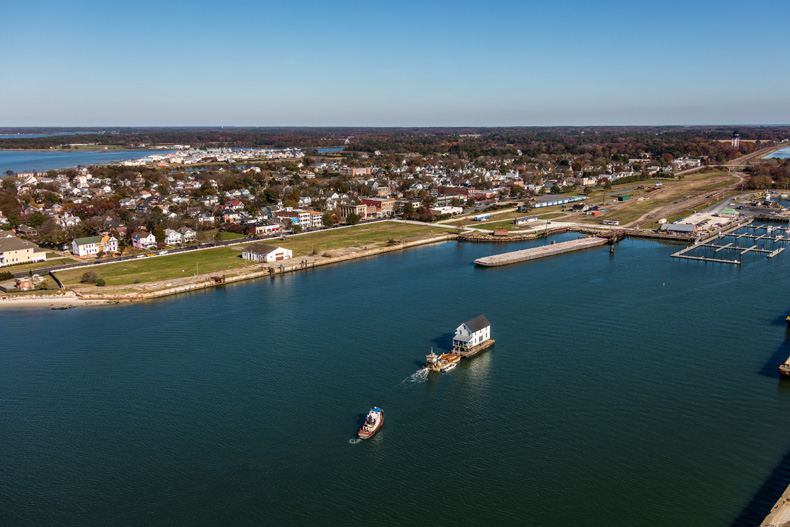 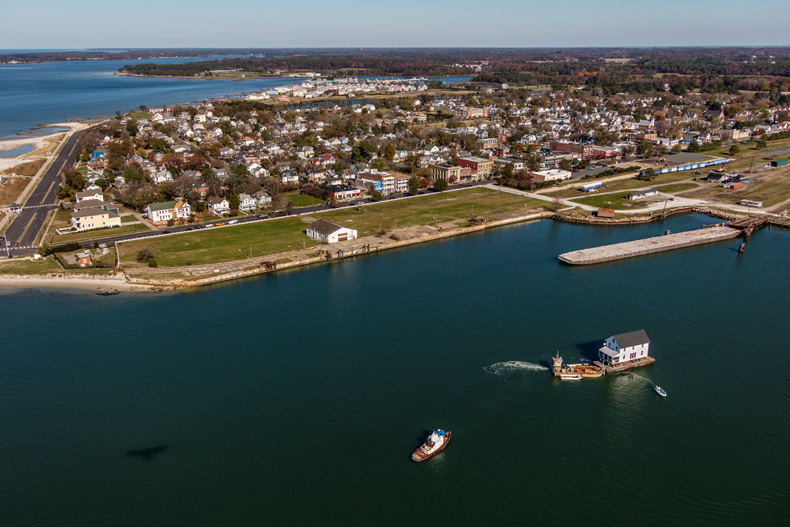