Today the Northampton County Education Foundation is announcing the positive impact of a new tutoring program that it sponsored at the high school. Last school year and this school year, all the members of the basketball team spent an hour before practice with a tutor each day. The results were spectacular. For example, during the basketball season which just ended, every one of the basketball players remained eligible to play in the second semester… This is far different than the past when some players were not eligible to participate in the second half of the season for academic reasons. 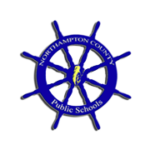 The idea is largely the brainchild of basketball coach Wayne Bell. Coach Bell says, “The tutoring program has made a positive impact on the basketball team because we played 13 road games this season, which means that students leave school early so they miss important classroom instruction time. It is difficult to do assignments on the bus in route to an away game, so the tutoring program allows them to avoid falling behind academically due to missed classroom time. In addition to having all the players remain academically eligible, several of the players took advantage of the opportunity and moved onto the honor role.” One of the players (Wayne Bell, III) said, “The tutoring program has helped me improve my grades and I’ve made honor roll each quarter this year.”

The tutoring program is now used by both the wrestling and field hockey programs. It is the hope of the NCEF Board that more sports teams at Northampton participate next season.

The program if is funded by donations through the Northampton County Education Foundation. One of last year’s donors (William O’Hare of Cape Charles) said, “It is a terrific way for citizens like me to have a positive impact on young people in the county. It is a win, win, win situation. The students do better, the school does better and the community benefits.” The Education Foundation is hoping to replicate or expand the donations in the 2017-18 school year to make sure this program continues, and hopefully expands to provide tutoring for other groups at the school. Send your donation for this program to NCEF P.O. Box 323 Cape Charles VA 23310 or visit their web site at ncedufoundation.com to make your contribution through Paypal. Assign your contribution to a specific sports team or the general student athlete tutor program.