When the Colonel Richardson team rolled in with their shiny, 300k+ bus, it seemed like they also brought the cheating New England Patriots referees with them. It did not matter in the end, as the Northampton Yellowjackets continue to roll, taking out a cocky, chippy team from Maryland 45 – 43. The attendance for this game was 603.

In the first half, it seemed nothing could go right for the Jackets, especially the officiating. Running back Corey Smith had two touchdowns called back on questionable holding calls.

After Tripp Wescoat blocked a punt, Northampton had the ball inside the ten-yard line but could not capitalize. Colonel Richardson drove down the field, and when they attempted a field goal, it was also blocked–only Colonel Richardson picked up the ball and ran it in for a touchdown. 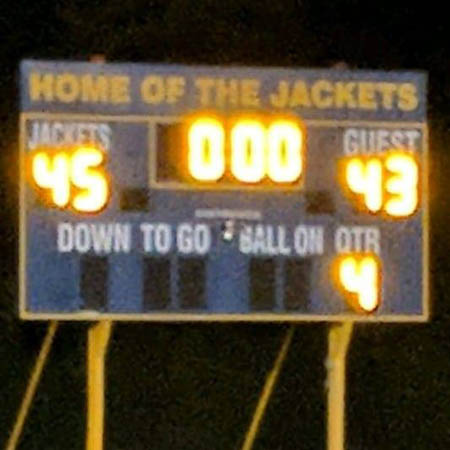 At the end of the first half, Northampton found themselves down 26 – 7.

It was a tale of two halves. Colonel Richardson had a fake onside kick built into every kickoff. They would rush the line and pretend the onside, and then line up and kick it deep. Trying to be slick to open the 2nd half, they did try an onside kick. However, it weakly dribbled only about 9 yards–it is required to go ten.

Northampton took over at the 40, and three plays later, Corey Smith ran for a 30-yard touchdown making the score 26-13.

After a missed extra point, Colonel Richardson answered with a touchdown and a 2 point conversion to make the score 34-13.

On the next drive, the Jackets rolled past midfield, and on a third and 5, Carlton Smith rumbled for what appeared, after forward progress, to be the first down. Instead, the officials marked the ball five yards back for no gain. The Jackets attempted another run but came up just short.

Colonel Richardson moved the ball down the field and added a 40-yard field goal to make the score 37-13.

This is where things turned around. On the kickoff, one of the Colonel Richardson players blindsided a Jacket player, and then mockingly stood over him. Number 2 Joey Creed, with a 15-yard running start, lambasted the mocking player–the hit could be heard in the parking lot. While it was a clean, shoulder pad to shoulder pad hit, Creed was hit with a personal foul 15-yard penalty. It was worth it, as that hit set the tone for the remainder of the game.

With only twelve minutes left, momentum shifted and Northampton was clearly the more physical team. After the penalty, and getting the ball back inside their own twenty, the Northampton running game took over, getting big chunks and quickly moving near mid-field. From there, Corey Smith made a long run for a touchdown, and remarkably, there were no flags on the play.

After a three and out, Northampton got the ball again and drove the ball down the field for another score. Carlton Smith punched it in, and with the two-point conversion, the score was 37 – 29.

After a punt, the Jackets got the ball back near their own 30 with only 3 minutes left. Once again, the running game chewed up big chunks of yardage. Finally, with only 30 seconds left, Northampton scored on an off-tackle run by Carlton Smith. The two-point conversion was good, and the score was tied 37-37.

In overtime, Northampton got the ball first. The first three runs all went to Carlton Smith, setting up a fourth down at the 1-yard line. A deep dive play and a big push from the offensive line was just enough to push Carlton into the end zone. On the two-point try, Corey Smith took the ball on a sweep around the right end. A crushing seal block by wide receiver Joey Creed pushed the entire pile inside, freeing Smith to gallop into the end zone.

On Colonel Richardson’s overtime attempt, they scored quickly on a sweep left, making the score 45 – 43.

It what appeared to be Karma, Richardson got a 5-yard illegal procedure penalty on the two-point try, pushing the ball from the 2 to the 7-yard line. On the next play, they attempted another sweep left, but this time the Jackets stuffed it, sealing the win 45 – 43.

To make the victory even sweeter, members of the Northampton squad told the Mirror that several of the Colonel Richardson players would not shake hands after the game. That seemed to sum up this win for a Northampton team that was more physical, and showed that they have the heart of a champion.

Next up for Northampton is arch-rival, Nandua. This is an away game and is Nandua’s Homecoming and Senior appreciation night. Kickoff is @7:00. 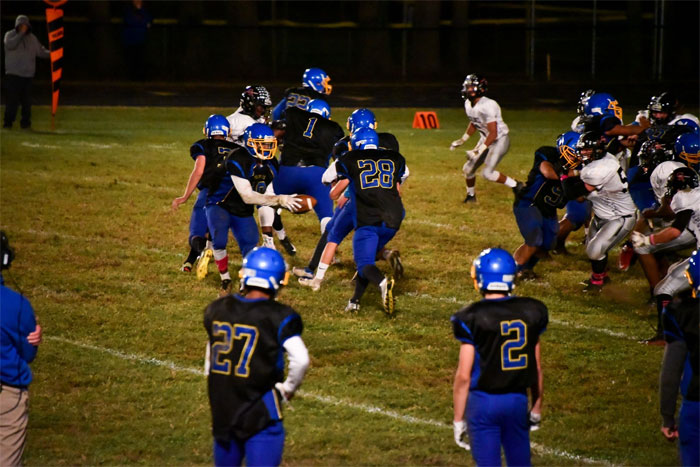 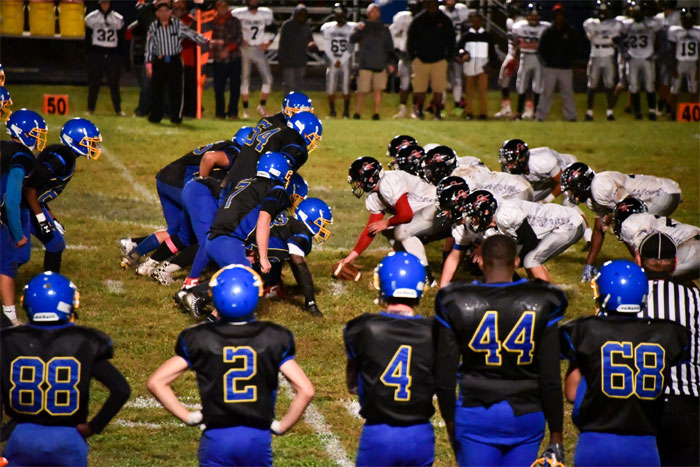 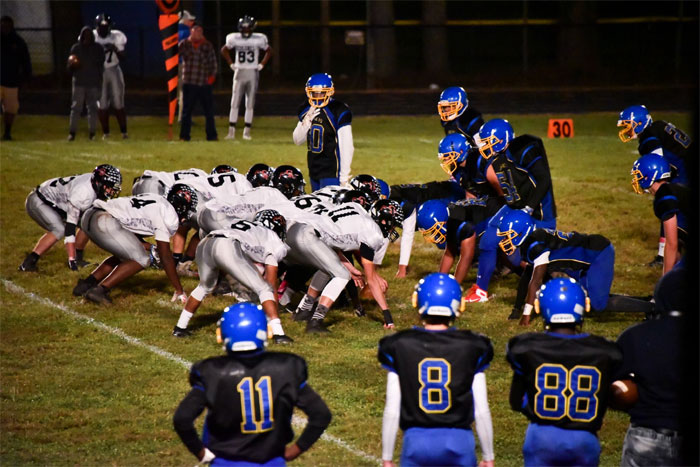