The first game of the season proved a challenge for both teams, as numerous procedure penalties stymied both offenses.

Late in the first half, Mathews began to get traction with an aggressive passing attack. Northampton countered with a series of jailhouse blitzes, bringing pressure from both sides of the line, and up the middle. This pressure proved to be too much and led to an injury that hobbled the Mathews starting quarterback for the rest of the contest.

Midway through the third quarter, the relentless ground and pound running attack wore down an undersized Mathews defense, which showed a lot of pride and moxie to keep the game close up until this point. An interception by Tripp Westcoat deep in Mathews territory led to an easy score. Northampton failed on a two-point conversion attempt, the third miss of the night.

On the next possession, Mathews went 4 and out, giving the ball back to Northampton near the Mathews twenty yard line. The Jackets stuck to the ground game, and punched in another score, making the game 20-6 with less than six minutes left in the fourth quarter.

Northampton added another late score and a two-point conversion to finish with a 28-6 win.

The next game is against rival Northumberland @7:00 at home. 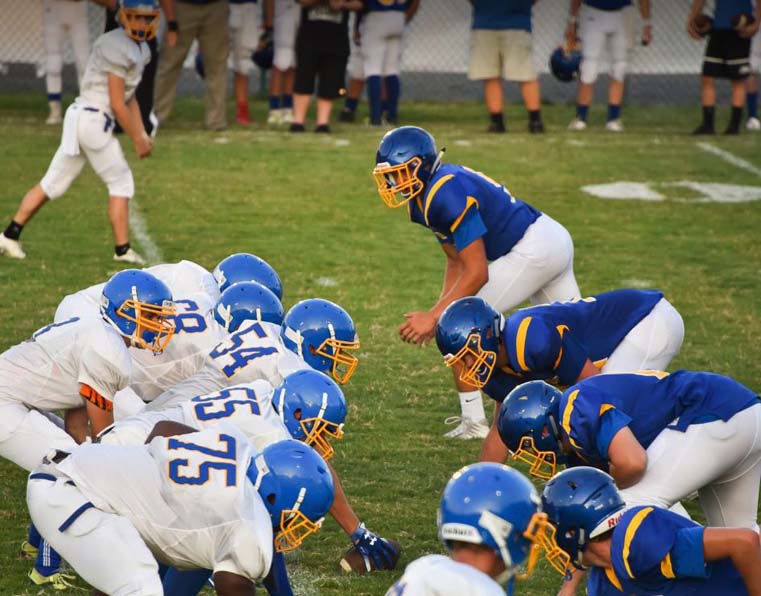