Northampton Sophomore Forest Flynn has broken his personal best in pole vault and now holds the Virginia State record in Division IA at 12 feet. Flynn broke the record at a  meet held at Stephen Decatur.  Flynn also competes in the 400 meter and 2 mile distances. One of Forest’s goals is to beat his father’s best of 13’3″.

“Forest is really self-motivated. Last season, he had to miss the state finals, and he felt like he could have won,” said his father, and coach Terry Flynn. “Now, he’ll see some workout or routine on the internet, and just go right into it. He does hundreds of push-ups and sit-ups every day…he has the work ethic, so that makes it easy for me…I can just work on technique.” 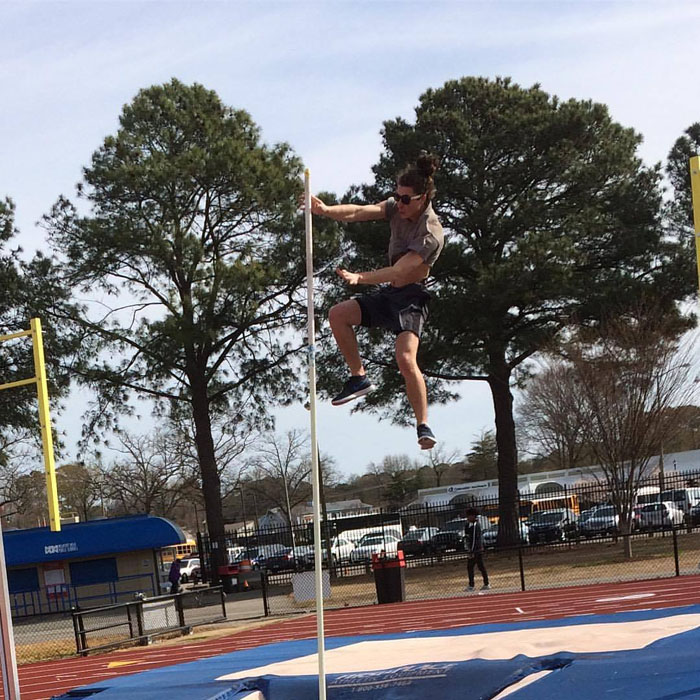