This Letter is a special Op-Ed by Charles McWilliams

I hope those who make up the occasional and daily ridership, appreciate how truly fortunate they are. 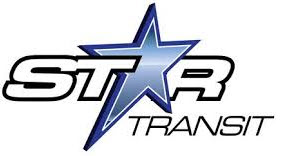 In the mostly quiet, bucolic, and serene atmosphere of Virginia’s Eastern Shore, to have a means of public conveyance to transport, from nearly the Maryland state line all the way to the southern terminus, 90 miles for a mere 1.50 is unheard of. Albeit transfers along the way, but to ride from Cape Charles to Walmart, a one-segment round trip for 1.00 is a phenomenon not found anywhere. Even the tightest of budgets, cannot logically begrudge, a fare per ride of Fifty cents?

The accommodating professionalism of nearly all the drivers, safely navigating the second most dangerous highway in The Virginia Commonwealth, without incident, while conveying a positive attitude. Itself, truly worthy of commendation.

Making trips to AutoZone, I would have been stranded without Star Transit. The times I called dispatch to verify times and connections; representatives were patient, accommodating and it was of comfort, to hear their voice.

Some of the nicest people I have encountered were patrons of Star Transit. The interaction with several the drivers was heartwarming to witness. One, out for a spell, on return, was greeted with warmth by every passenger.

The lives of others; our interactions with, as we traverse our time here, is paramount!

To greet a person, to exchange a salutation should be effortless. Yet, to some, it seems an ever-increasing alien proposition. Rejoice, share in some of the most spectacular vistas the nation has to offer, be grateful for the services afforded and enjoy being a patron aboard Star Transit.