Special Report by Chris Glennon -The Northampton Varsity boys soccer team finished the year 13-2-1 and undefeated in the district. The district also includes Nandua, Arcadia and Chincoteague. On Tuesday night in Eastville the Jackets played their first conference playoff game against Appomattox Regional Governor’s School. It was an easy 9-0 win for the Yellow Jackets. On Thursday night in Eastville the Boys captured the Conference 41 championship by beating Windsor high school 4-0. Chris Montalvo had 2 goals for the Yellow jackets. Next the boys move onto the regional’s. 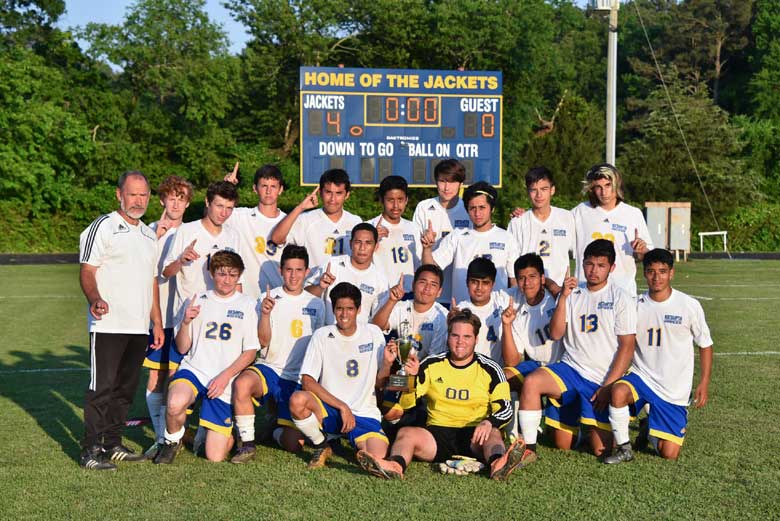 Northampton is the #2 seed in this next round and play #7 seed Middlesex Monday (tomorrow) night @ 6:00 pm in Eastville.

So come on out and watch some of the beautiful game right here in Northampton tomorrow night.