Energy researchers have concluded that on many projects the boosted tax credit could finally tip the scales for a technology that’s long proved far too expensive.

The provision won’t completely offset the high cost of retrofitting power plants, though it will certainly lower the price tag. But it could make an immediate difference in cutting emissions from a source that’s otherwise very difficult to address: the industrial sector, which produces a significant portion of the greenhouse-gas emissions in the United States.

Most energy researchers believe carbon capture and storage will need to be a significant piece of any realistic plan to address the growing dangers of climate change. A number of studies have found that without this technology, it’s unlikely the world can prevent temperatures from rising more than 2 ˚C. 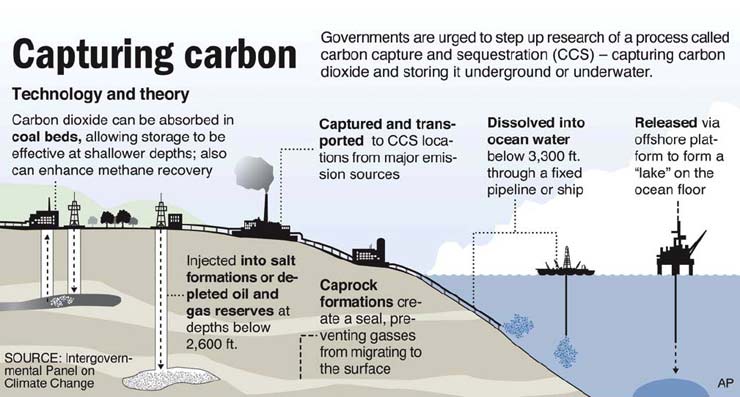 Captured carbon dioxide can be stored under geological formations or injected into drilling sites to draw up the last bits of oil. Researchers and startups are also exploring ways to use carbon dioxide to produce alternative fuels, building materials, and other products. The tax credit is likely to stimulate significant investment in these emerging technologies, Friedmann says.

The measure was sponsored by an unlikely coalition of climate deniers and hawks—notably Senators John Barrasso, a Republican from Wyoming, and Sheldon Whitehouse, a Democrat from Rhode Island—and supported by unions, environmental groups, and coal companies.

The measure provides a tax credit of $50 for every metric ton of carbon dioxide buried underground and $35 for every ton put to work in other ways. Companies will have six years to begin qualifying projects, and a dozen from the time they begin operations to claim the credits.