This letter was sent to the Mirror by John W. Paffrath and the Board of Directors of The New York Philadelphia and Norfolk Rail Road Ressurection.
We are the New York Philadelphia and Norfolk Rail Road Ressurection trying hard to save the last bit of this lines legacy.
To most, the (Eastern Shore Railroad) was a boon to the farming and commercial fisheries of the Eastern Shore. But the story goes much deeper.
Alexander Cassatt the youngest upstart executive at the PRR had an idea no one would listen to. So he teamed up with William Scott to finance his vision. While employed at PRR he bought track rights from Jersey City to Salisbury in Mr. Scott’s name. Once they acquired the rights he took a sabbatical and together they extended the track to Cape Charles. Upon running his first train to Jersey City he was stopped at Salisbury by PRR officials until he presented them with the purchased track rights. Continuing on he parked his train and stepped down on the last tie and cursed Vanderbilt and Carnegie for their direct access into New York City from the north, he then vowed to build the first tunnel under water for the NYP&N Railroad into the to be New York Philadelphia and Norfolk railroad terminal.
Called back as President of The PRR he completed the tunnel and died halfway through the construction of the station. His replacement renamed it The Pennsylvania Railroad Station.
You would not drive through the CBBT if it was not for this Great Engineer.
Join us September 23 or 30th from 4-6 pm. for a Focus meeting at The Oyster Farm to have your input on the future of the Cape Charles rail yards the result of his great endeavor. 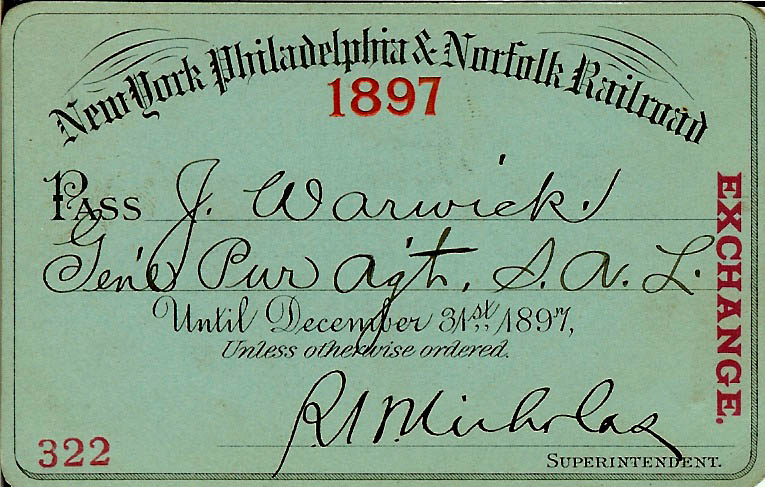 The Mirror asked a few questions to Secretary of the Board of Directors of NYP&N RR Resurrection Roger W. Malik.
What are your plans for the future?
* The Organization’s Plans include (not limited to) seeking citizen input, as to future use of the Cape Charles Rail Yard.
* Turning that input into a proposal to the Town Council and ANTDC, that include Rail Yard usage, in line with the needs, and desires of those business owners, and residents.
* Judging from the input we have heard to date, proposals will include maintaining at least some operational rail and train.
*  The Notice of a Focus Group Meeting that Mr. Paffrath requested that you  publish, is clearly part of the first objective of the Company – namely receiving citizen input.
Regarding, whether, Cape Charles Historic Society is providing assistance –
*  CCHS has neither expressed nor demonstrated the desire to operate track or train.
*  In other respects Ms. Waite Denny and I have communicated our support for each other’s organizations,  and, discussed the need for a Memorandum of Understanding between CCHS and NYP&N,  since maintenance of historical accuracy in the Rail Yards will remain essential to a healthy Tourist Response.