Omega Protein is in trouble again. It has been just three years since they received a fine of $7.5 million for violating the Clean Water Act, and it is now being accused of breaking the federal law again during its probation period. There is a hearing set for early September in US District Court in Norfolk. This violation could lead to tighter restrictions and enhanced supervision. The Federal allegations came to light this week after the company released its 2nd quarter financial report. Officially, Omega is accused of illegally discharging wastewater into a canal at its Abbeville, La., facility in December 2014. The Reedville plant was also mentioned; the U.S. Environmental Protection Agency has “continued to receive information concerning violations” in Reedville. 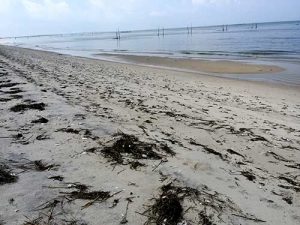 Omega’s criminal probation began with violations at the Reedville facility in 2013. An Omega subsidiary plead guilty to two felony violations of the Clean Water Act, as well as Omega vessels illegally dumping into the Chesapeake Bay a caustic mix of wastewater from the Reedville plant. The plea deal came with a $5.5 million fine.

These findings come on the heels of a decision by the Atlantic States Marine Fisheries Commission, which decided not to set a 2017 quota for the menhaden harvest; while Omega pushed for a larger cap, Rec fisherman and conservationists were against any increases.