While there was some hope and optimism for the kayaker who was pulled from the water yesterday morning near Cherrystone Inlet, his family has released a statement that he has died.

The Coast Guard responded at 9:20 a.m. Wednesday with a 45-foot response boat from Station Cape Charles and a MH-60 Jayhawk helicopter from Air Station Elizabeth City at 9:42 a.m. The helicopter crew located the kayaker close to 11 a.m., and then sent the response boat crew to his position. The kayaker, later identified as Devon Grube, was taken to Northampton County EMS at 11:20 a.m.

Grube was then taken to Riverside Shore Memorial Hospital in Nassawadox.

“The Grube family would like to extend their gratitude to the community for their interest in our beloved Devon. Thank you to those who showed up to look for him. He was a devoted father and a true professional and a wonderful husband.”

Both Coast Guard crews searched for the kayaker along with assets from the Norfolk Police Department, Chambers Field, Virginia Marine Police and the Virginia Marine Resources Commission.

The CCPD is urging all residents and visitors to always lock your vehicles and homes. We have received a report of a vehicle break-in in the Town of Cape Charles and we want to remind everyone that the best deferent to theft is to take the small step in simply utilizing your vehicles locking devices. If you see any suspicious behavior or have information regarding these thefts, please contact the Non-emergency dispatch line at 757-678-0458 and request to speak with a Cape Charles Officer.

Citizens reported this to the Mirror, but details were confirmed in this WTKR news report. As requested, this story is re-posted from WTKR News.

CAPE CHARLES, Va. – A kayaker reported to have overturned off the coast of Cape Charles has been found alive after a search.

Coast Guard officials say they were notified around 9:30 a.m. and launched a search for the man. 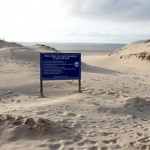 They said he was in the water for two hours wearing a lifejacket.

Today the water temperature is 45 degrees.

The Jayhawk helicopter crew located the kayaker at approximately 11 a.m. and the Response Boat was dispatched to the position. The boat crew pulled the man from the water, brought him ashore and transferred him to EMS personnel.

He was then transported to Riverside Shore Memorial Hospital on the Eastern Shore.

Several other agencies also responded to assist in the search, including Norfolk Police, Virginia Marine Resources Commission and units from Chambers Field.

Scientific research indicates sea levels worldwide have been rising at a rate of 0.14 inches (3.5 millimeters) per year since the early 1990s. The trend, linked to global warming, puts thousands of coastal cities, like Cape Charles at risk of being submerged by the ocean.

Outside of the U.S., very little lidar data is available. Instead, we use radar satellite-based data collected from NASA’s Shuttle Radar Topography Mission (SRTM). This elevation data covers nearly the entire populated world, but is less accurate than lidar. SRTM’s pixel resolution is lower, and in areas of dense urban development and vegetation, SRTM tends to overestimate elevation. Recent work also suggests that SRTM usually underpredicts exposure from sea level rise and coastal flooding. Outside the U.S., our flood maps should therefore be seen as likely lower bounds on the extent of potential inundation for each water level. View the map below:

Inspired by the research of wetland scientists in the Netherlands, the Jefferson Parish in Louisiana took discarded Christmas trees and—rather than abandoning them in a landfill—used the trees to protect and help restore the marsh. They are used to construct shoreline fences, creating a wave break to slow land erosion. With calmer water between the fence and the shoreline, vegetation has an opportunity to grow.

Here on the Eastern Shore, Kiptopeke is looking for donated Christmas trees to help protect our shoreline.

Kiptopeke State Park wants your natural Christmas trees for dune stabilization.
Drop from Monday, 26 Dec through Tuesday, 10 January, between 8 AM and 4 PM.
Leave trees at the Kiptopeke beach, next to the sign near the bathhouse.
Call the park at 757-331-3402 with questions.
PS:  Remove all decorations, including tinsel !

Whether through deliberate abandonment or through accidental loss, derelict traps have significant negative effects on both the economic and ecological status of the Chesapeake Bay. A new report from NOAA, Ecological and Economic Effects of Derelict Fishing Gear in the Chesapeake Bay, estimates that 12% to 20% of blue crab pots deployed annually in Chesapeake Bay waters are lost or abandoned at any given time, and that that there are 145,000 derelict crab pots Bay-wide (non-depreciated replacement gear value between $3.6 and $5 million).

The report is based data produced and coordinated by the Virginia Institute of Marine Science.

The crabbers removed more than 34,000 derelict pots during the six-year run of the program, paid for with $4.2 million in U.S. Commerce Department disaster-relief funds. The study, led by VIMS assistant professor Andrew Scheld, estimated that taking out all those pots generated $21.3 million worth of increased commercial catches – 27 percent more than otherwise would have been caught in the areas covered by the program.

As our local Eastern Shorekeepers have noted in the past, derelict pots capture and kill millions of blue crabs per year, amounting to nearly 5% of the commercial harvest. Inadvertent by-catch, such as white perch and Atlantic croaker are also affected.

Derelict gear may impose a variety of economic costs. The costs of decreased harvests due to ghost fishing can be further separated into those which are caused by stock reductions. In fisheries with large amounts of effort and gear loss, such as blue crab fisheries in the Chesapeake Bay, the economic costs of inefficient gear may be significant. The report notes that the 43,968 removals which occurred in Maryland and Virginia from 2008-2014 are thought to have resulted in an additional 38.17 million lbs of harvest valued at $33.5 million. In a nutshell, Chesapeake Bay waterman might obtain crab at a much lower cost, were it not for derelict gear.

The report notes that targeted derelict pot removal in high density areas, enforcement of the removal of abandoned pots, education of recreational boaters to minimize use-conflict, and pot modifications that include a biodegradable escape mechanism offset the adverse ecological and economic effects of ghost pots. END_OF_DOCUMENT_TOKEN_TO_BE_REPLACED

President Obama announced on Tuesday a ban on oil and gas drilling in the Arctic and along the Atlantic coast from Virginia to Maine, a move that would protect more than one hundred million acres of federal land as a last-ditch effort to shore up and preserve Obama’s environmental legacy before Donald Trump takes office in January. The ban on 98 percent of federally owned Arctic waters was negotiated and enacted alongside a similar ban in the Canadian Arctic signed by Canadian Prime Minister Justin Trudeau. 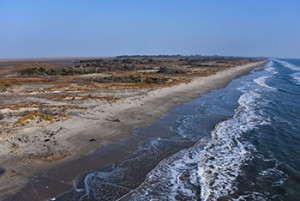 “These actions, and Canada’s parallel actions, protect a sensitive and unique ecosystem that is unlike any other region on earth,” the Obama said in a statement. “They reflect the scientific assessment that, even with the high safety standards that both our countries have put in place, the risks of an oil spill in this region are significant and our ability to clean up from a spill in the region’s harsh conditions is limited.

Critics point out that that this order is relatively whimsical. Just last year, the Obama administration gave the go-ahead to Royal Dutch Shell to drill into the ocean floor off the northwest coast of Alaska, making it the first drilling there in 20 years. Shell poured $7 billion into exploring the region, but came up empty and abandoned the project last year. According to the Washington Post, the new restrictions do not affect current leases held by oil and gas companies in the area. In March, the Obama administration reversed course on its plan to allow offshore drilling in the Atlantic from Virginia to Georgia. Critics note that had this administration been engaged six years ago, actual legislation might have been passed in lieu of a last breath executive order that has a good chance of being overturned in court, or removed by another presidential order.

In a study released by the Farm Manure-to-Energy Initiative, which was hosted on the Shore last week by Eastern Shorekeeper, poultry litter ash and biochar sources appear to be suitable and comparable phosphorus and potassium fertilizers for crops for our soils in the Mid-Atlantic. Other groups concerned about the manure problem on the Eastern Shore, such as the Keith Campbell Foundation for the Environment, who has funded other studies around finding ways to convert manure and litter into ‘value added products’.

The Farm Manure-to-Energy Initiative was launched in 2012 to demonstrate and objectively evaluate manure-based energy systems operating on several private farms in the Chesapeake Bay region and has focused on farm-scale thermochemical (thermal) systems. END_OF_DOCUMENT_TOKEN_TO_BE_REPLACED

Volunteering Runs in the Family at Riverside Shore Memorial Hospital

Mondays are generally regarded as the least popular day of the week. But for two special Eastern Shore couples, Mondays are volunteer days and their favorite day of the week.
Cathey and Vernon Bell of Wachapreague and Ruth Gaskins of Melfa volunteer at Riverside Shore Memorial Hospital and Riverside Shore Cancer Center on Mondays, and Ruth’s husband, Woody, volunteers at the Cancer Center on Tuesdays. Collectively, they’ve been volunteering for more than 60 years, a testament to both their dedication as well as the rewards volunteering offers.
Cathey Bell began volunteering in 1997 when the Cancer Center first opened and then later moved to helping in a variety of other areas in the hospital. When asked why she loves volunteering so much she says, “I love people and helping patients, and I love my volunteer family at the hospital. No matter how much time I put into volunteering, I always get more out of it.”
END_OF_DOCUMENT_TOKEN_TO_BE_REPLACED