You are here: Home / Archives for Activism 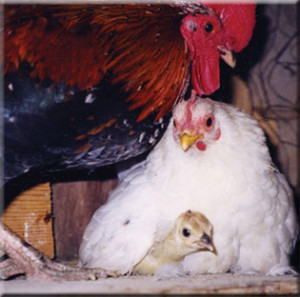 Americans love their Egg McMuffins, which accounts for the two billion shell and liquid eggs the company uses annually (about 4 percent of the 43.56 billion eggs produced in the United States). This week, McDonalds announced that it begin a process that will ultimately lead to them using only cage free eggs, and will be phasing out using eggs produced by hens trapped in battery cages.

Currently less than 10 percent of the nation’s laying hens housed are “cage free” , so it could take McDonald’s up to 10 years to reach its goal of having 100 percent come from hens that are allowed to move freely inside barns.

The company is responding to consumer demand and public pressure for more “humanely” produced eggs. Meeting the price could be dicey as cage free eggs tend to be more expensive. In California, where egg producers were required to provide more space for their birds by the beginning of this year, agricultural economists estimated that prices for eggs would rise 10 to 40 percent. Egg producers there argue, however, that retailers add big markups to cage-free eggs that distort the actual increase in the cost of producing them.

END_OF_DOCUMENT_TOKEN_TO_BE_REPLACED

United Poultry Concerns’ Forum on Direct Action for Animals, June 26-27, 1999, in Machipongo, Virginia, introduced U.S. animal activists to the strategy developed by Australian activist, Patty Mark, of Open Rescues, in which undercover investigators admit to rescuing animals and documenting the conditions of their abuse instead of liberating animals behind a mask. UPC President Karen Davis describes this landmark forum and the revolution it created in farmed animal rescue strategy in the U.S. in “Open Rescues: Putting a Face on the Rescuers and on the Rescued” in the collection, Terrorists or Freedom Fighters? Reflections on the Liberation of Animals.

END_OF_DOCUMENT_TOKEN_TO_BE_REPLACED

In 2013, the Pope took the name of St Francis of Assisi, the patron saint of animals, and since that time has injected himself as an advocate for not just animals, but also for the health of the planet. It was recently reported that, during an address at St. Peters, the Pope attempted to provide solace for young boy who had just lost his dog. He told the boy all dogs do go to heaven (as well as all animals), “One day we will see our animals again in eternity of Christ. Paradise is open to all God’s creatures.”